A clone of the classic game Break Out. It started out as a hobby project, but turned out to be fun so I polished it and released it. The game consists of 15 levels with a local high score list. Hitting bricks has a chance of spawning power-ups. The power-ups in the game are multi-ball, through-balls that don’t stop at the bricks, exploding balls, extra life, extra score and increase in paddle size. Most of the art assets are from Kenney. The game is made in Unity. To ease the process of creating many levels for the game, I made a level editor tool inside Unity that allows for easy adding and modifying of levels.

The game was released in September 2018. 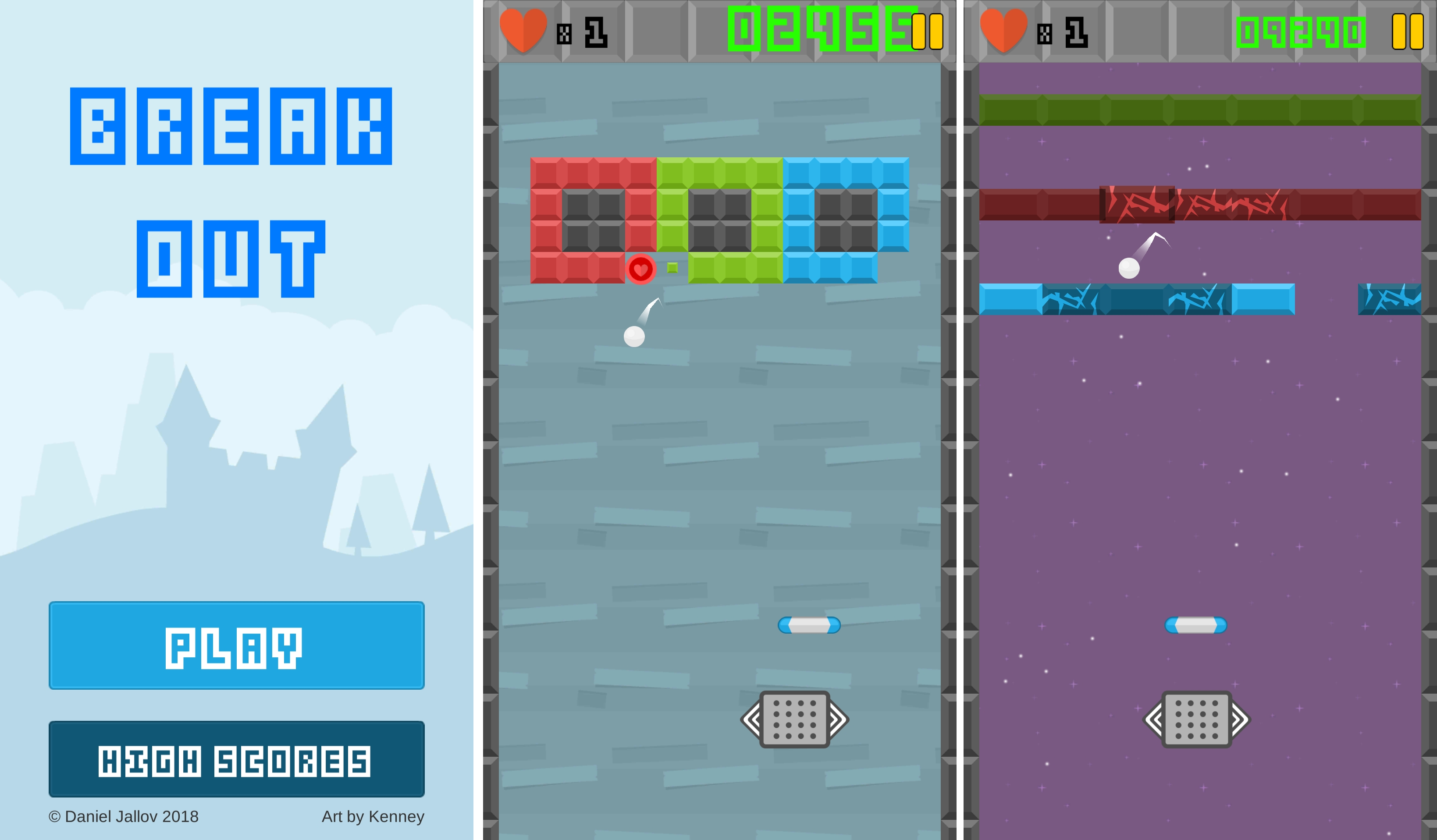